'A busy and vibrant clinic': down on the farm with Tracey Miles

You can feel the stress dissolving as you drive the last few miles to Tracey Miles’ practice in deepest Kent. The road narrows to a single track, the rabbits (more on them later) appear on the grass verges and – depending on the season – the apple and plum orchards proudly display their boughs, blossom or fruit. This year is a special one for Tracey: it’s now 20 years since the first patients entered the doors of her Overland Farm Clinic, situated about 10 miles east of Canterbury in the glorious Kent countryside. 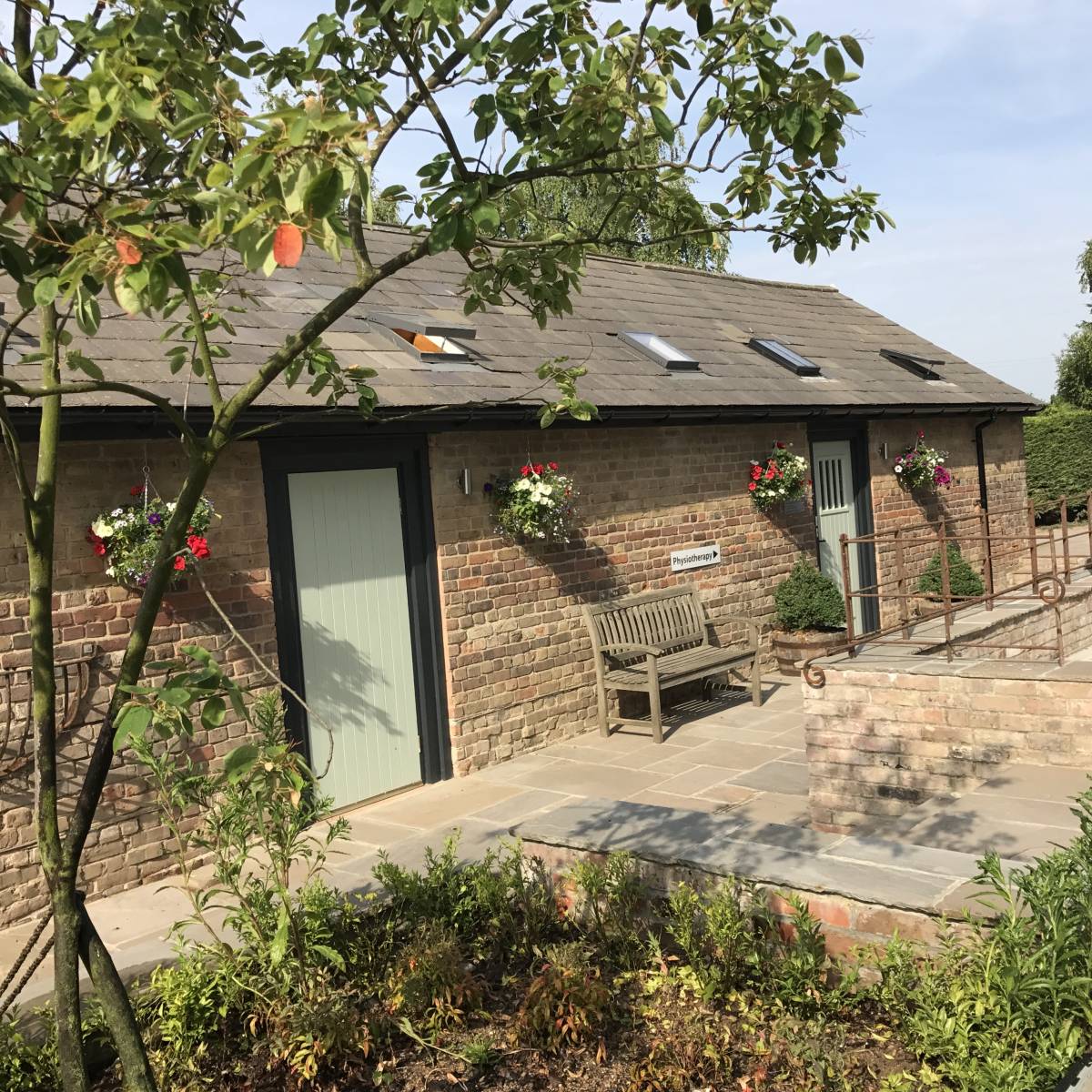 Though she had seen a limited number of patients in the farmhouse she shared with husband Andrew and young sons Henry and Jack prior to the opening in 2000, having the keys to her own discrete building for the first time meant a lot.

‘We converted the farm’s tool shed, which had been a horses’ stable before we arrived. We have extended the clinic since, but at first it was just me, my treatment room, waiting room and a loo,’ Tracey says. ‘I knew I wanted a room that was large enough to allow me to walk around the couch freely and step back when needed. I also wanted tiled floors with underfloor heating.’ Her budget received a boost with a modest, but vital, grant from a government agency charged with helping to keep agricultural enterprises viable.

After qualifying in physiotherapy at St Mary’s Hospital in 1984, Tracey first gained NHS experience in a rotational post in London, getting experience in areas such as hydrotherapy, burns and plastics, and respiratory care. After relocating to east Kent, she worked with inpatients and outpatients in a private hospital and the NHS before finding a ‘lovely job’ that fitted in with her childcare responsibilities in a hospice, broadening her knowledge in end of life and lymphoedema care.

Women’s health to the fore

From 2005 until 2015 – the year she left the NHS and began working full time at Overland Farm – Tracey held a band 7 post with a team of 16 physiotherapists, working in the seaside towns of Ramsgate and Margate. Here, her expertise in dealing with women’s health issues began to bloom. ‘I had always enjoyed working with patients with complex and chronic pain. I remember successfully treating a woman with long-standing lower back pain, who said: “Tracey you have cleared my back pain and improved my bladder as well!”

‘I became aware that no one was treating women’s health issues and that waiting lists for this form of treatment hardly moved. At a staff meeting I asked who would like to train in this area. When no hands went up, I realised I would have to do it.’

A trip to Cumbria for a three-day course in pelvic, obstetric and gynaecological physiotherapy run by Jo Laycock soon followed. ‘I loved the speciality and in 2005 moved into the community, where women’s health needs are best addressed. I set up a special interest group for women’s health and led a small pilot study, which showed that patients who received electromyography (EMG) had better outcome scores. As a result, I was given a small budget of £40,000 and started a continence physio service. By the time I left in 2015, the budget for a more joined-up service was nearly £7 million.’

During this time, Tracey was active in the CSP’s Pelvic, Obstetric and Gynaecological Physiotherapy professional network and served on its committee. For more information, visit: pogp.csp.org.uk

After leaving the NHS five years ago, Tracey spent three weeks in the USA on an intensive visceral and soft tissue treatments course. Another feather in the practice’s cap is its ability to offer AposTherapy. This approach can only be given by specially trained physios and is designed to help people with knee, back, hip, or ankle pain.

Adding an airy, wood-floored gym to the original building allows the gait analysis that’s required to assess patients’ progress to take place. The gym is part of an extension built in 2016, along with another treatment room and toilet, and an impressive £16,000 car park. Tracey can roll out the cost of these additions with ease, no doubt because she knows intimately just how much hard work was needed to fund them.

I have a short walk from the farmhouse to the clinic instead of the old commutes by car. It seems to be sunny most days and that, along with the scents from the farmyard, often makes me feel that I’m abroad on holiday

All three physios at the practice – Tracey was joined by Regina Goode in 2016 and by Sarah Healy last year – are certified to deliver AposTherapy. Most patients receiving this relatively costly therapy have private health insurance, and the clinic is recognised by the main medical insurance companies. The final member of the team is Carry Hunt, the team administrator who works remotely, saving the practice the expense of having an extra employee on site.

Though Tracey picked up the costs of the three AposTherapy training programmes and the associated travel and accommodation expenses, she considers it money well spent. See: www.apostherapy.co.uk The practice’s exclusive franchise gives it the rights to offer the therapy over a considerable chunk of south-east England, and patients have travelled from as far afield as London and Sussex to receive it. As a rule of thumb, she covers staff training costs if it’s to the clinic’s benefit and staff pay if it’s for their own development.

A 'centre of excellence'

‘We are a busy and vibrant clinic and pride ourselves on giving hands-on-treatment, offer one-to-one and group Pilates classes, specialise in women’s health services and continence, and have great outcome measures. We believe we are centre of excellence and are recognised as such by our local GPs and consultants, often treating their family and friends – as well as local farmers and their workers!’

A relatively recent addition to the 120-acre Overland Farm and its surroundings are a flock – or wake, depending on your source – of buzzards, which can often be seen wheeling overhead as you approach, hunting for food. Though members of the Miles family generally welcome the raptors’ presence – son Henry now plays an integral part in the family farm and has ushered in a number of innovations – they can’t help but notice that the number of rabbits around the farm seems to have diminished as a consequence.

The bucolic charm of the practice is obvious to the visitor – perhaps particularly those from towns and cities. Has its attraction faded over the years for Tracey? ‘Not at all,' she says emphatically. ‘I have a short walk from the farmhouse to the clinic instead of the old commutes by car. It seems to be sunny most days and that, along with the scents from the farmyard, often makes me feel that I’m abroad on holiday.’

What’s on offer at Overland

Susan Pattison's 10-point plan for working remotely with patients with brain injury
Read More
Meet physiotherapist and coach Ann Parkinson, who talks about her newly-published book in a Q&A
Read More
Dynamic south London duo poised to open second physiotherapy and osteopathic clinic
Read More
In a PhysioUpdate Q&A, Fiona Moir discusses goPhysio – the business she runs with her husband Paul
Read More
<< Back to News
By using our site, you acknowledge that you have read and understand our Cookie Policy and Privacy Policy.