A study – focusing on a pioneering app called Ascenti Reach – has been hailed as ‘potentially the first in the world’ to look at how digital tools can promote self-management with physiotherapy support.

Physiotherapist Adam Jarvis is the chief operating officer with Ascenti, a company that runs 300 clinics in the UK and claims to be the country’s biggest private physiotherapy group.

Mr Jarvis, who was personally involved in the study, said: ‘The results of this study – potentially the first in the world to look at how digital tools can enable physio-supported self-management – show that this model has a big part to play in the future of MSK [musculoskeletal] treatment, particularly at a time when the impact of MSK conditions on health, the economy and the NHS is rapidly worsening.

‘People today want to be more involved in the management of their own health and they want to be able to access clinical advice at a time and place that is convenient for them.’

Mr Jarvis added: ‘The good news is that when they are supported in this more personalised way, they feel more engaged, more motivated and more committed to taking the steps that we know will help them to manage their rehabilitation effectively.’ 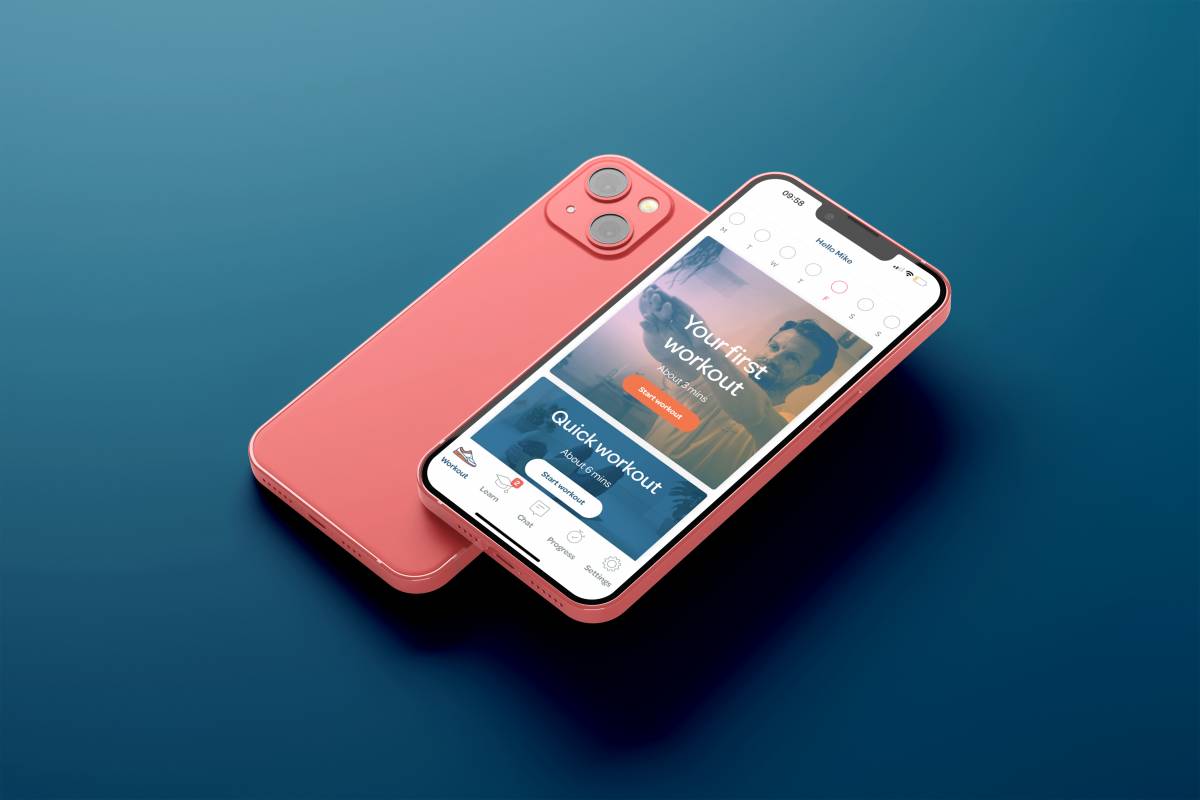 Patients are invited to use Ascenti Reach to assess their own pain levels, for example

Progress of more than one thousand patients charted

Mr Jarvis and colleagues charted the progress of more than one thousand (1,010) patients who were using the app. A report on the study’s findings – titled ‘Unlocking Physio-Supported Self-Management Through Digital Advancement’ looks at topics such as clinical outcomes, patient engagement, cost effectiveness and patient satisfaction levels.

The report suggests that, traditionally, up to 70 per cent of patients with MSK disorders do not engage in their prescribed home exercise programmes. By contrast, more than half (53.5 per cent) of patients in the study were still using the app after eight weeks. Patients using Ascenti Reach completed an average of 33 workouts during a 12-week period, while those who engaged for the full 12 weeks completed 69 workouts – an average of 5.75 workouts a week.

Ascenti Reach offers ‘physio-led self-management’ through digital triage, personalised video-led exercise plans and around the clock (24-7) clinician access via a ‘chat’ feature. The report suggests that the convenience of being able to send messages to clinicians outside normal office hours could be a key factor in the app’s success story (about four messages in 10 – or 39.7 per cent – were logged outside the 9am-5pm time frame).

People today want to be more involved in the management of their own health and they want to be able to access clinical advice at a time and place that is convenient for them [Adam Jarvis, Ascenti]

Patients charted their pain levels using a 10-point Global Rating Of Change (GROC) scale from -5 to +5. The average change was a ‘clinically meaningful’ 2.1 points, while patient satisfaction levels were generally high, the reports states.

It adds that key patient benefits included not having to leave home or book time off work for an appointment, the reassurance of being able to seek guidance from a clinician and the ‘empowerment’ that comes from equipping patients to take an active role in their treatment, rather than simply attending appointments with the intention of ‘being treated’.

The report acknowledges that the risk of ‘digital exclusion’ should not be under-estimated and that in-person treatment options should also be available to patients. But the model enabled physios to support far larger caseloads, which increased cost effectiveness.

Clinicians liked the idea of using their knowledge to help a greater number of people. The evidence suggests that people required less direct clinical contact the longer they engaged with the app – which further increased efficiency, the report adds.

To request a demo of Ascenti Reach, or for more information, email: reachqueries@ascenti.co.uk

To find out more about Ascenti, visit: www.ascenti.co.uk

In a release issued to coincide with the report's publication today (26 April), Ascenti states that the UK is in the ‘midst of an MSK crisis’, adding:

'Exponential' rise in use of digital technology among AHPs in Scotland as Covid-19 advanced
Read More
Covid-19's 'silver lining': an expansion in the delivery of physiotherapy using digital options
Read More
Wearable fitness trackers and step counters help overweight and obese to lose weight
Read More
In a Q&A for PhysioUpdate, Sean Buttner explains what his role as a digital 'NHS navigator' entails
Read More
<< Back to News
By using our site, you acknowledge that you have read and understand our Cookie Policy and Privacy Policy.