Physiotherapist Brendon Stubbs oversaw an experiment last month in which the residents of Retford in Nottinghamshire experienced a ‘mood uplift’ of 27 per cent.

The event in Retford – dubbed ‘Upliftford’ – is part of a wider international ‘Uplifting Minds’ study involving Dr Stubbs and Japanese sports equipment company ASICS. The aim is to show how moving and exercising can have a profound effect on people’s mental wellbeing. 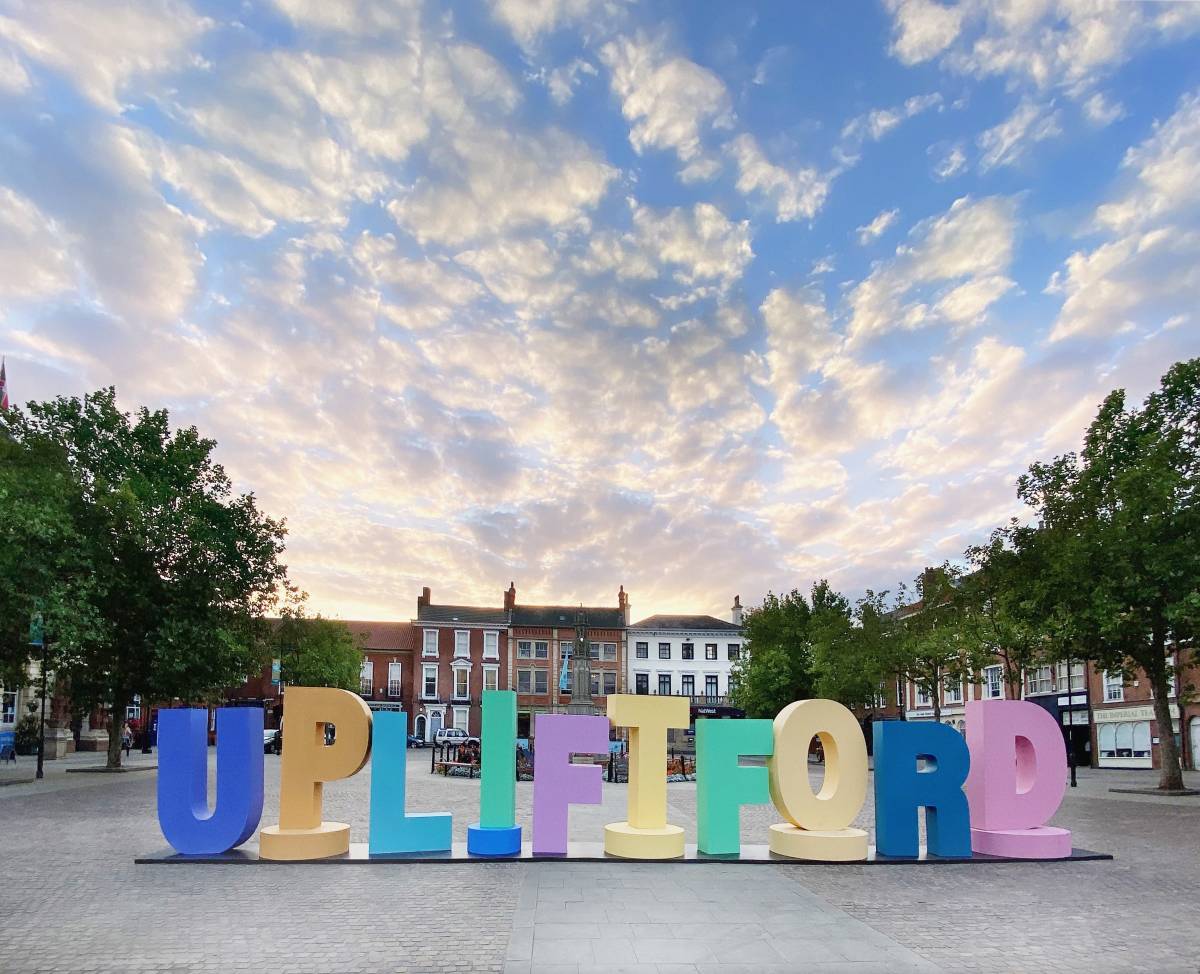 On 25 September, the town of Retford was transformed into 'Upliftford'

In the Retford event, which was held on 25 September, Dr Stubbs found that the town’s ‘mental uplift’ score rose from 56 out of 100 to 71 out of 100 (an increase of 27 per cent). Dr Stubbs is a senior clinical lecturer at the Institute of Psychiatry, Psychology and Neuroscience, part of King’s College London

On the day, ASICS transformed the streets of Retford into a ‘movement-inspired gym’. Bus stops became ‘bus steps’, while benches were turned into ‘bench presses’ and lampposts became ‘goal posts’.

Residents, who were joined by mental health advocate Katie Piper, measured the impact of movement on their mind using a special tool.

The Uplifting Minds study is open to everyone. To be part of the research, people are being invited to ‘capture their state of mind’ before and after exercising here: https://minduplifter.asics.com

People who share their research results in Europe on social media with #UpliftingMinds will also help raise funds for mental health charity Mind.

Gary Raucher, ASICS’ executive vice president, said the company's history of championing the effects of sport on the body and mind spanned more than 70 years.

‘It’s why we are called ASICS – it’s an acronym from the Latin, Anima Sana in Corpore Sano or a Sound Mind in a Sound Body. The results in Retford really demonstrate the power of movement to have a very significant impact on our mental wellbeing.

'We will continue to shine a light on the role of movement to help people feel better and support the fantastic work of Mind who is fighting for better mental health.'

There was a real positive vibe in the town, which I hope has rubbed off on other people and has since encouraged them to get out and start to make a positive difference to their health [Councillor Sue Shaw]

Retford mayor and councillor Carolyn Troop said: ‘I’m thrilled that ASICS chose to hold this event in Retford and I would like to thank all of the residents for taking part, as well as the organisations that made it happen. As the name suggests, I’ve no doubt that the event uplifted the town and its people.’

Sue Shaw, a councillor and cabinet member for health and community wellbeing at Bassetlaw District Council, added. ‘It was a fantastic event and inspiring to see that individuals, friends and families of all ages and abilities wanted to be part of something that can really benefit your physical and mental wellbeing.'

Ms Shaw added: 'There was a real positive vibe in the town, which I hope has rubbed off on other people and has since encouraged them to get out and start to make a positive difference to their health.’

To find out more about the experiment, visit: https://www.asics.com/gb/en-gb/mk/mind-uplifter

To find out more about Brendon Stubbs’ role, visit: https://www.physioupdate.co.uk/on-the-move/physio-brendon-stubbs-overseeing-unique-experiment-to-boost-wellbeing-in-retford-nottinghamshire-/

Teach student-athletes that mental health issues are on a par with physical ones, paper suggests
Read More
Exercising reaps benefits for people with coronary heart disease who are depressed, review shows
Read More
Raising suicide awareness: a UK nurse and an Australian physio tell PhysioUpdate about their work
Read More
Exercise a 'sound investment' for mood management in people with coronary heart disease, says study
Read More
<< Back to News
By using our site, you acknowledge that you have read and understand our Cookie Policy and Privacy Policy.