The career prospects of female NHS employees – including allied health professionals (AHPs) – may have been dealt a blow in recent months as a result of the Covid-19 pandemic, according to the NHS Confederation.

The confederation’s Health and Care Women Leaders Network conducted a survey of NHS staff who worked through the pandemic in February and March, shortly after it reached a deadly peak in January. 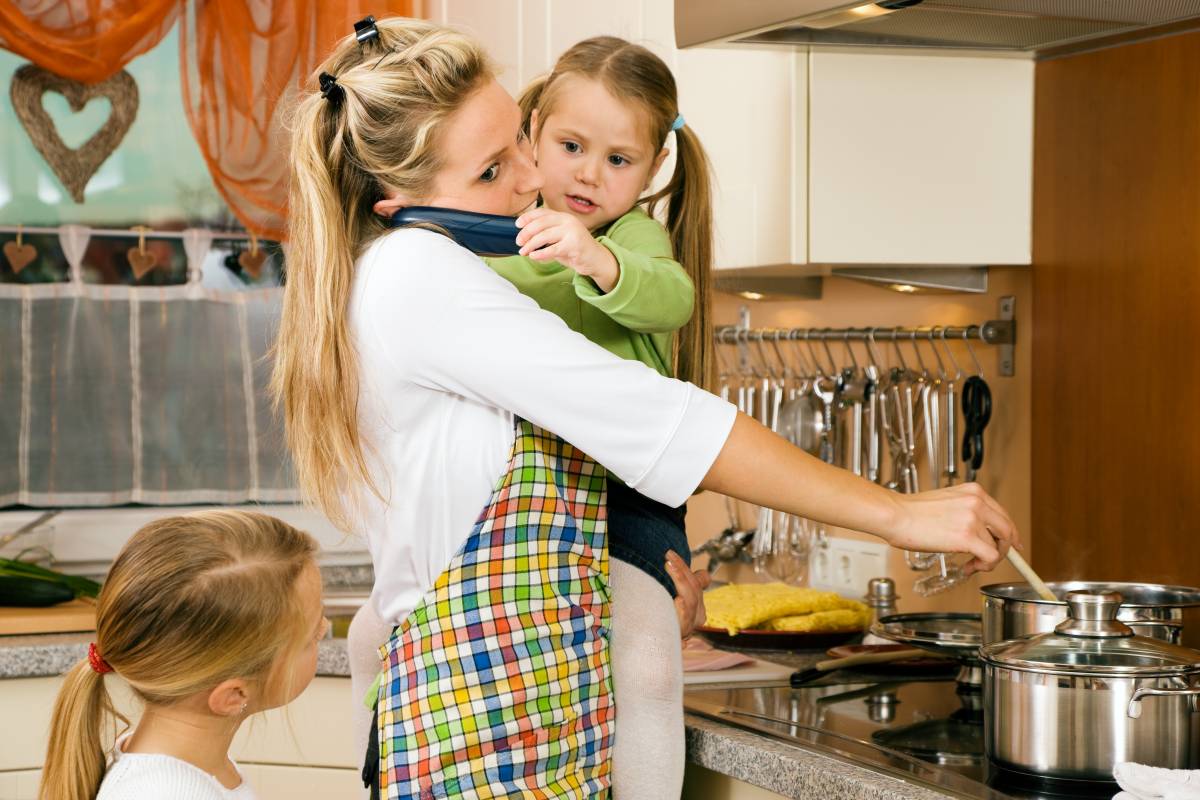 Photo Credit: Shutterstock
Many women in the NHS with children are finding their hands are full at home

More than 1,200 NHS staff responded to at least part of the survey; about 900 of them completed it in full, including more than 800 staff who said they were female. The results, released today (5 May), cover the responses of those women who answered every question in the survey.

Most respondents (more than 80 per cent) – who included AHPs, nurses, doctors, managers and admin staff – said their job had a greater negative impact than usual on their emotional wellbeing as a result of the pandemic (an 8 per cent rise since a similar poll was conducted last summer). Asked about the effects on their physical health, 65 per cent of respondents said there had been a negative impact (a 13 per cent jump from the last survey).

Network chair Samantha Allen said: ‘We need to see tailored support specifically for the needs of female staff and this should include recruitment, retention, flexible working and career progression.'

Ms Allen, who is Sussex Partnership NHS Trust’s chief executive, said a failure to address these issues could lead to the health service losing more staff. ‘We are worried the impact of Covid-19 could set the NHS back further when we want to create the conditions where our workforce is valued and all can progress in their careers, particularly those who work less than full time.

We need to see tailored support specifically for the needs of female staff and this should include recruitment, retention, flexible working and career progression [Samantha Allen]

‘We need to make sure we look after people, after the incredibly difficult experiences they have been through during the pandemic while supporting patients, families and carers and with the increased responsibilities of caring for children and adults outside of work.

‘Looking after our staff will enable us to continue looking after the people who need our services. The findings of this survey must be a driver of real and lasting change.’

In a more positive finding, some survey respondents said they had more opportunities to work flexibly, and that teamwork and access to technology had improved. Some hoped that they would have a better work-life balance in the future.

But, on average, the respondents had taken on about 13 hours extra hours a week in unpaid caring responsibilities since the pandemic spread (two more hours than when the last survey took place). The total number of hours spent each week on these responsibilities had also risen since last summer (up to about 20 from about 18).

Kate Jarman, director of corporate affairs at Milton Keynes University Hospital and co-founder of FlexNHS, said: ‘The impact of Covid-19 on women and on the emotional and physical health of women cannot be underestimated.

'There is a real and present danger of setting gender equality back, particularly for women in the paid labour market, and in failing to recognise and act on the extraordinary burden of unpaid domestic labour and care that is carried, predominantly, by women.

‘The vast majority of the health and care workforce are women – we have a critical role in tackling the equality gap that the pandemic has widened.’

Many respondents with children reported being far more involved in these tasks than usual – a finding that is probably linked to the prolonged closure of schools, and reduced working hours.

This has serious implications for career progression opportunities, according to the NHS Confederation, which also voiced alarm that nearly 87 per cent of respondents with long-term conditions reported that their job has had a more negative impact on their emotional wellbeing since the pandemic started (compared with 78.9 per cent of those without such a condition).

The network said it planned to work with employers and national partners to understand the reasons for this disparity, and what more needs to be done to support the workforce in light of these findings.

Last month the NHS Confederation called on the government to provide extra investment to support the workforce in the long-term, and head off a haemorrhaging of doctors, nurses and other frontline health workers. It wrote a letter to the prime minister with NHS Providers, the British Medical Association, the Royal College of Nursing, the Academy of Royal Medical Colleges and Unison.

Career switch: how Paul Wilson's priorities changed after Covid-19
Read More
Rachael Machin reflects on being a locum physio during the pandemic
Read More
Ascenti's ambitious plans to recruit 140 physios are explained by Alison Day in a PhysioUpdate Q&A
Read More
Physiotherapists can help to ensure five-year AHP strategy for England is based on citizens' input
Read More
<< Back to News
By using our site, you acknowledge that you have read and understand our Cookie Policy and Privacy Policy.