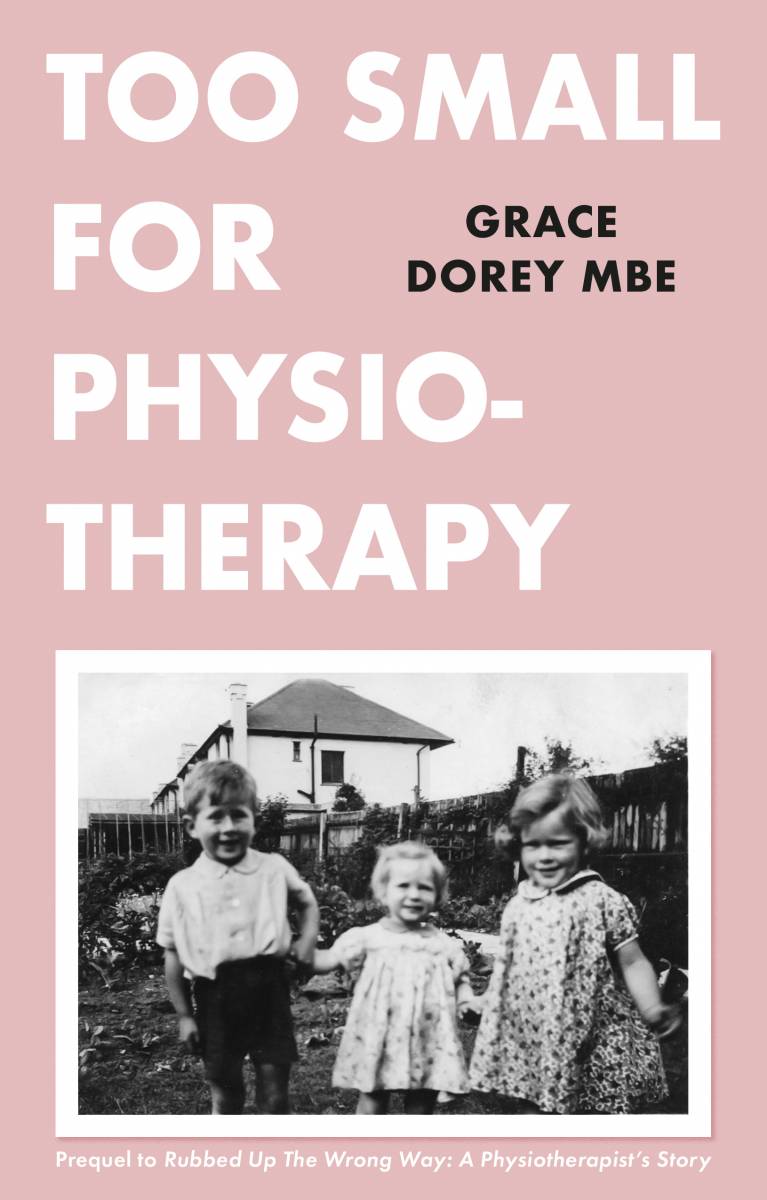 Grace Dorey – a pioneering physiotherapist in the field of men's health – has published a book about her unlikely journey into the profession, which started more than 60 years ago.

Though she attained great stature in the physiotherapy field, Grace Dorey's diminutive height as a young woman is referred to in the title of her latest book: Too Small for Physiotherapy. It is described as a prequel to her medical memoir, Rubbed Up the Wrong Way: A physiotherapist’s story.

In Too Small for Physiotherapy, Dr Dorey, who gained a PhD for research focusing on the pelvic floor of men with erectile dysfunction, describes her childhood in frank and, at times, humorous terms. She grew up in Totteridge, a former village in Hertfordshire that was absorbed into the north London Borough of Barnet in the 1960s.

Dr Dorey's mother is portrayed as a controlling figure, who ensured family life revolved around the local Union Church, while her father was, by contrast, apparently more easy going. As a girl, Dr Dorey harboured ambitions to become a ballerina, but her hopes were dashed and she followed her mother's promptings and applied to train as a physiotherapist – despite knowing nothing about the profession.

Overcoming four rejections in a row

After four London hospitals in a row rejected her applications due to her height, she finally gained a place as a physiotherapy student in the late 1950s at The London Hospital (now The Royal London Hospital and part of Barts Health NHS Trust) in east London.

Dr Dorey went on to enjoy a long and distinguished career in physiotherapy, including spells working in the private sector in Harley Street, west London, and gained an MSc after studying the male pelvic floor. Receiving an MBE was a career highlight and she lectured in her specialty in the UK and internationally. Dr Dorey now divides her time between homes in County Cavan, Ireland, and Barnstaple, north Devon.

She said: 'I wanted to amuse my readers and inform them how crazy life was in the post-war years while I was growing up under a strict mother. If Rubbed Up the Wrong Way: A Physiotherapist’s Story chronicles my career, Too Small for Physiotherapy describes how I grew up and became a physiotherapy student.'

Title: Too Small for Physiotherapy