Eating Norwegian Jarlsberg every day may help to stave off osteopenia and osteoporosis, study shows

Consuming a cheese made from cow’s milk and hailing from the east of Norway may help to stave off osteopenia and osteoporosis, according to a paper published today (3 August) in the journal BMJ Nutrition Prevention & Health.

The paper suggests that eating a modest daily portion (57g) of Norwegian Jarlsberg – one of 43 cheeses referred in a classic Monty Python comedy sketch first aired in the early 1970s – may help to avert bone thinning. The small comparative clinical trial was conducted by Helge Einar Lundberg, from the Skjetten Medical Centre, Skjetten, Norway, and colleagues. The researchers found that the effects were specific to Jarlsberg and did not boost levels of harmful, low-density cholesterol.

Prior research conducted in this area suggested that cheese can help to boost levels of the hormone osteocalcin – which is associated with strong bones and teeth – but it’s not clear if this effect is specific to Jarlsberg or cheese in general. 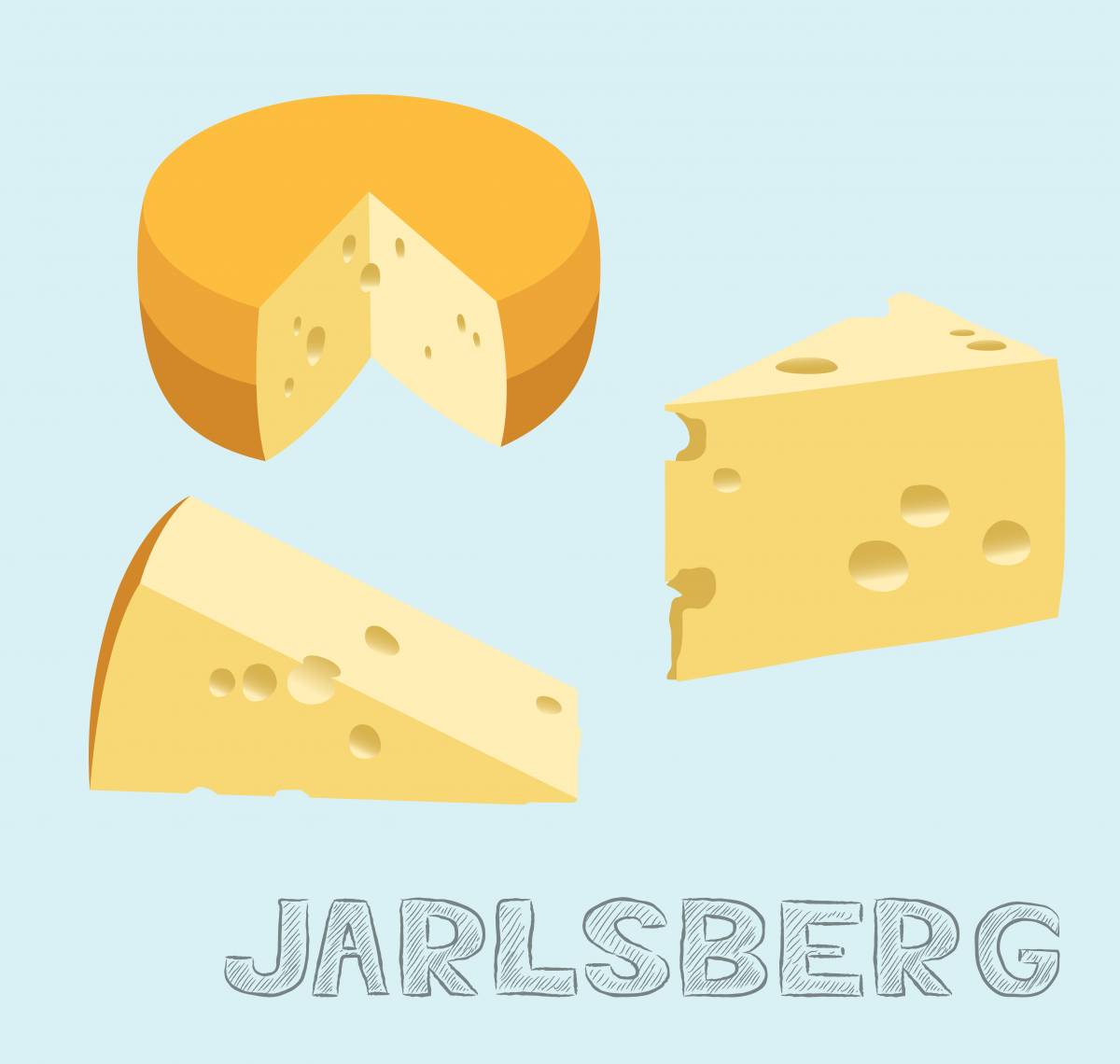 Jarlsberg is a mild, semi-soft, nutty flavoured cheese that is made from cow's milk

A total of 66 healthy women (with an average age of 33 and an average body mass index of 24) who were randomly allocated to adding either a daily 57g portion of Jarlsberg (41) or 50g of Camembert (25) to their diet for six weeks. At the end of this period, the group eating Camembert was switched to Jarlsberg for another six weeks.

Jarlsberg and Camembert have similar fat and protein contents, but Jarlsberg – unlike Camembert – is rich in vitamin K2 (also known as menaquinone (MK), of which there are several varieties. The short-chained MK-4 is found in animal products such as liver. The long-chained MK-7, MK-8, MK-9 and MK-9(4H) originate from bacteria, and occur in certain fermented foods, such as cheese. Jarlsberg is particularly rich in both MK-9 and MK-9(4H).

A weekly blood sample was taken from all the participants to check for key proteins, osteocalcin, and a peptide (PINP) involved in bone turnover. Vitamin K2 and blood fat levels were also measured. Blood sample analysis showed that the key biochemical markers of bone turnover, including osteocalcin, and vitamin K2 increased significantly after 6 weeks in the Jarlsberg group.

Among those in the Camembert group, levels of PINP remained unchanged while those of the other biochemical markers fell slightly. But they increased significantly after switching to Jarlsberg. PINP levels also increased.

Blood fats increased slightly in both groups after six weeks. But levels of total cholesterol and LDL (harmful) cholesterol fell significantly in the Camembert group after they switched to Jarlsberg.

Calcium and magnesium fell significantly in the Jarlsberg group but remained unchanged in the Camembert group. After switching cheese, calcium levels dropped in this group too, possibly reflecting increased uptake of these key minerals in bone formation, the researchers conclude.  ‘Daily Jarlsberg cheese consumption has a positive effect on osteocalcin, other [markers of bone turnover], glycated haemoglobin and lipids.’

The bacteria (Proprionebacterium freudenreichii) in Jarlsberg that produces MK-9-(4H) also produces a substance called DHNA, which, experimental studies have suggested, might combat bone thinning and increase bone tissue formation, and possibly explain the increase in osteocalcin, the authors note. They also suggest that Jarlsberg cheese might therefore help to prevent osteopenia – the stage before osteoporosis – as well as metabolic diseases, such as diabetes, although further research would be needed to confirm this.

Results must be interpreted with 'great caution'

As this is a small study in young and healthy people designed to explore novel pathways linking diet and bone health, the results need to be interpreted with great caution ... and it shouldn’t be taken as a recommendation to eat a particular type of cheese [Sumantra Ray]

Sumantra Ray, executive director of the NNEdPro Global Centre for Nutrition and Health, which co-owns the journal, said: ‘This study shows that while calcium and vitamin D are known to be extremely important for bone health, there are other key factors at play, such as vitamin K2, which is perhaps not as well known.’

And he added: ‘As this is a small study in young and healthy people designed to explore novel pathways linking diet and bone health, the results need to be interpreted with great caution as the study participants will not necessarily be representative of other groups. And it shouldn’t be taken as a recommendation to eat a particular type of cheese.’

Jarlsberg is a mild and semi-soft, nutty flavoured cheese made from cow's milk and has regular holes.

To read the full version of the paper, titled Effect on bone anabolic markers of daily cheese intake with and without vitamin K2: a randomised clinical trial, visit: https://nutrition.bmj.com/content/early/2022/06/29/bmjnph-2022-000424