The UK's death rate for asthma, chronic obstructive pulmonary disease (COPD) and other lung conditions is the worst in western Europe, according to Asthma + Lung UK. The charity, which was formed after Asthma UK and the British Lung Foundation merged, claims that half a million people in the UK died during a seven-year period from lung conditions such as asthma attacks, COPD exacerbations and pneumonia. 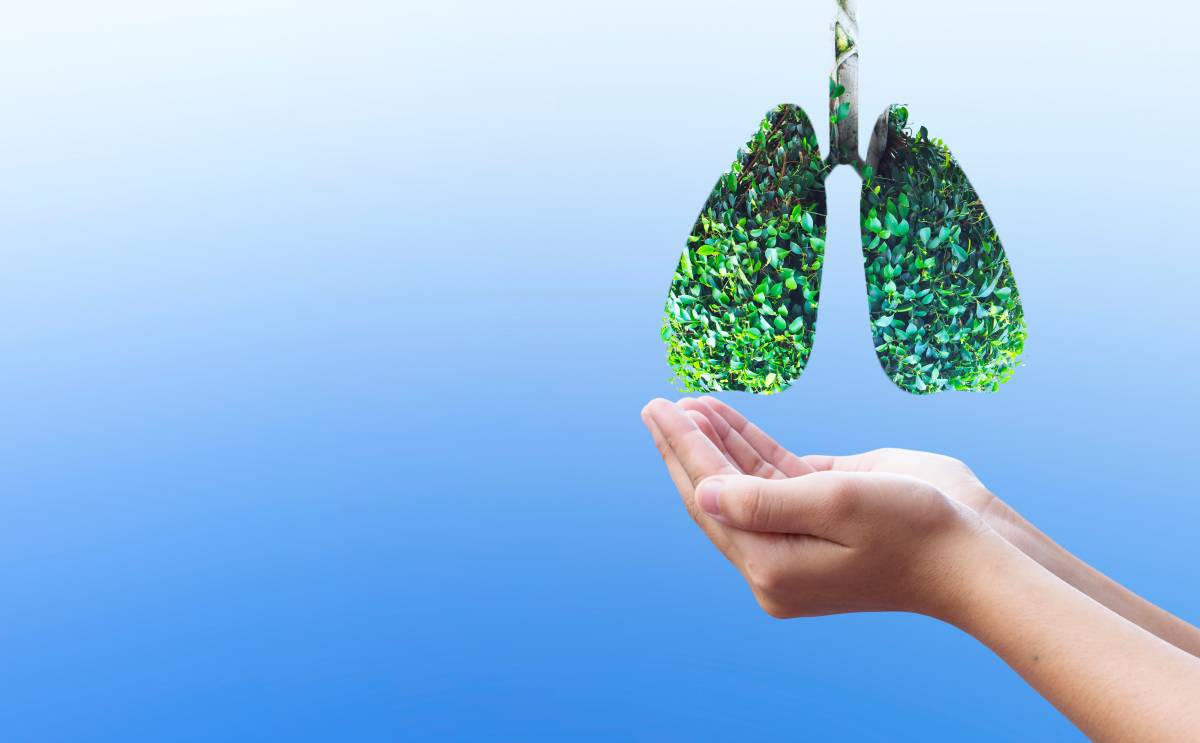 The only European country with a worse death rate than the UK is Turkey, while people in the UK are three times more likely to die from lung disease than in Finland – a country with the lowest rates of lung disease deaths in Europe. The number of people admitted to hospital for lung conditions in England and Wales doubled in the last 20 years, said Asthma + Lung UK as it unveiled a strategy titled Fighting for Breath today (28 February).

The charity pointed out an additional 170,000 people died from Covid-19 in the last two years, more than in any other European country in Europe. Meanwhile, an estimated 1.3 million people in the UK have long Covid, with one in three (37 per cent) reporting shortness of breath.

Asthma + Lung UK said that lung conditions need to be treated as seriously as other major illnesses such as heart disease and cancer. More than 12 million people in the UK will develop a lung condition during their lifetime and lung disease is the third biggest killer in the UK – but only 2 per cent is spent on publicly-funded research.

The lack of research hinders the creation of new diagnostic tests that could help to speed up the delivery of accurate diagnoses, new treatments and new technologies – such as AI and apps.

The NHS is also failing many people with lung conditions, the charity said, noting that with most people with asthma and COPD do not receive basic care from their GP, such as help using their inhaler properly and reviewing their medication. This was the case even before the pandemic placed huge additional pressures on respiratory services. Air pollution, a leading cause of new lung conditions, is thought to be exacerbating death rates and has been linked to 36,000 premature deaths annually.

The charity urged the government, research funders, the NHS and healthcare professionals to collaborate in order to cut deaths and hospitalisations from lung conditions. This will save lives help tackle health inequalities, it noted.

The charity says the government must triple investment in lung research and innovation over the next five years to at least £150 million each year and commit to much bolder clean air legal targets to protect all our lung health. Increases in the number of specialist NHS staff is also vital.

It is a national scandal that people are more likely to die from a lung condition in the UK than almost anywhere in Europe. For far too long lung conditions have been treated like the poor relation compared to other major illnesses [Sarah Woolnough]

Gabbiee Hornsey, 28, from Neath in Neath Port Talbot, said her 19-year-old sister Dominique, who had a five-month-old son, died following an asthma attack in June 2017. She said: 'Dominique had always struggled with her asthma and in the run up to her death she was hospitalised at least three times, but no one saw the red flags. No one checked that her medicine was working for her or if she was using her inhaler properly. I don’t think even she knew how serious it was – none of us really thought asthma could kill.

'But then one day my dad called to tell me Dominique had collapsed on the stairs with an asthma attack. Our grandmother tried to give her CPR and called an ambulance, but Dominique never regained consciousness and died in hospital. It was so sudden. Just half an hour earlier, I’d been chatting to her about our plans for a picnic and the next minute her life had been snatched away and she had left her baby boy without his mum.

Ms Hornsey added: 'I wish Dominique’s asthma was taken seriously as she might still be here today. I’m determined to keep her memory alive for my nephew and to raise awareness to prevent other families going through what we have. People need to know that asthma is serious and there needs to be more research into asthma and other lung conditions so we can find life-saving treatments and one day a cure.'

Deaths from lung conditions are a 'national scandal'

Sarah Woolnough, Asthma + Lung UK's chief executive, said: 'The state of lung health in the UK is shameful, with more than 100,000 people dying every year from lung conditions, the numbers of hospital admissions increasing, and air pollution causing people to develop lung conditions or making existing ones worse. It is a national scandal that people are more likely to die from a lung condition in the UK than almost anywhere in Europe.

'For far too long lung conditions have been treated like the poor relation compared to other major illnesses like cancer and heart disease, with only 2 per cent of publicly funded research spent on understanding them and finding treatments, and negative attitudes preventing people getting early diagnoses, treatment and care. We need urgent action now.

Ms Woolnough added: 'The pandemic has brought it to people’s attention that lung conditions can and do kill and how terrifying it can be to struggle with breathlessness. As the UK’s only charity fighting for everyone with a lung condition, we have an ambitious new strategy to fight for every breath, including providing our vital services such as our helpline, health advice and support groups.'

Prominent physio fears 'medical model' could dominate in new 'long Covid' units
Read More
Rachael Moses makes history as the first physio to be president of the British Thoracic Society
Read More
Patients with Covid-19 had problems lying in prone positions for long enough to improve outcomes
Read More
Respiratory support units saved 'thousands of lives' in the pandemic and offer a vital 'interface'
Read More
<< Back to News
By using our site, you acknowledge that you have read and understand our Cookie Policy and Privacy Policy.