Physiotherapists and other healthcare professionals should consider incorporating a simple balance test into routine health checks conducted among older patients, according to an international team of researchers.

Led by Claudio Gil Araujo from the Clinimex exercise medicine clinic in Rio de Janeiro, Brazil, the team makes its suggestion in a paper appearing in the current edition of the British Journal of Sports Medicine.

The researchers found a link between an inability to stand on one leg for 10 seconds in mid to later life and a near doubling in the risk of death from any cause within the next 10 years.

They focused on a group of people who took part in the CLINIMEX Exercise cohort study, which was set up in 1994 to assess associations between measures of physical fitness, exercise-related variables, and conventional cardiovascular risk factors, with ill health and death. 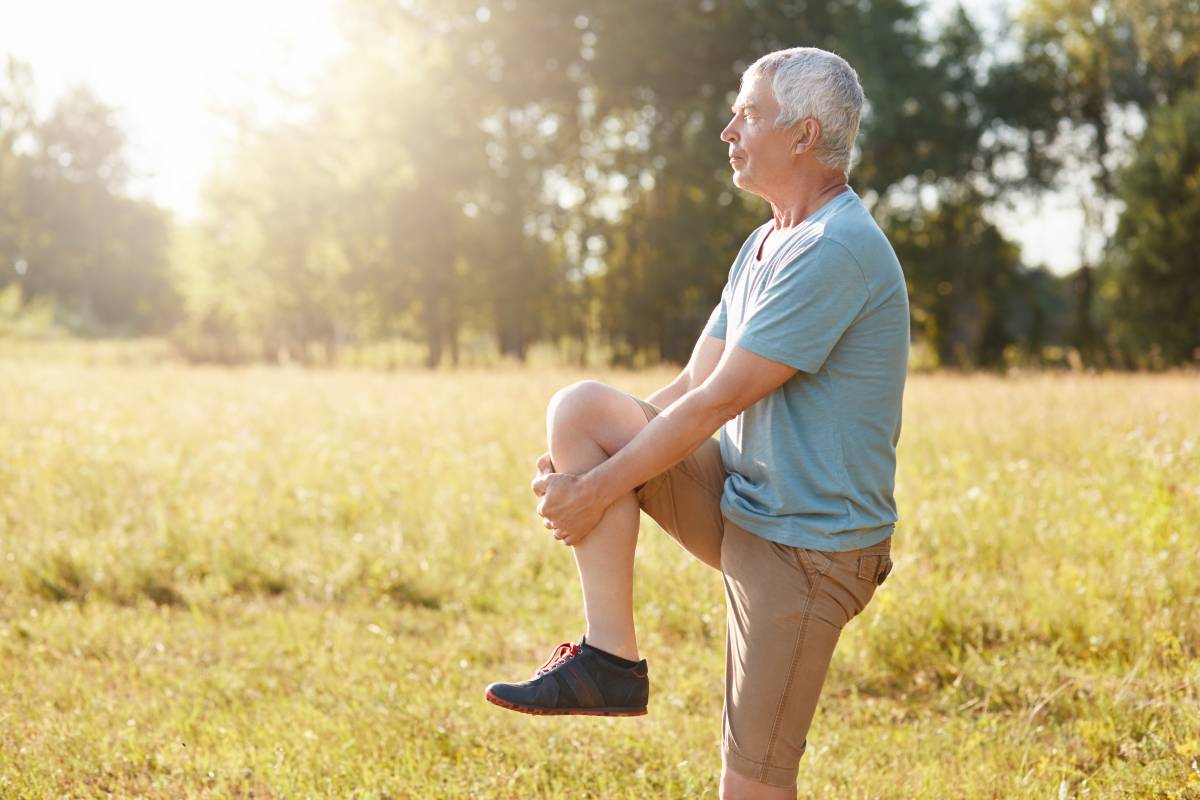 Their analysis was based on 1,702 participants (68 per cent of whom were male) aged from 51 to 75, with an average of 61 years, whose first check-up took place from February 2009 to December 2020. The subjects’ weight and several measures of skinfold thickness plus waist size were taken. Their medical histories were also provided and only those with stable gait were included.

As part of the check-ups, participants were asked to stand on one leg for 10 seconds without any additional support. To improve standardisation of the test, participants were asked to place the front of the free foot on the back of the opposite lower leg, while keeping their arms by their sides and their gaze fixed straight ahead. Up to three attempts on either foot were allowed.

In all, around one participant in five (20.5 per cent; 348) failed to pass the test. The inability to do so rose in tandem with age, more or less doubling at subsequent five-year intervals from the age of 51 to 55 onwards.

More than half (around 54 per cent) of those aged 71–75 could not complete the test, meaning that people in this age group were more than 11 times as likely to fail the test as those just 20 years younger.

The proportion of deaths, during an average monitoring period of seven years, among those who failed the test was significantly higher: 17.5 per cent vs 4.5 per cent, reflecting an absolute difference of just under 13 per cent.

In general, those who failed the test had poorer health: a higher proportion were obese, and/or had heart disease, high blood pressure, and unhealthy blood fat profiles. And type 2 diabetes was three times more common in this group (38 per cent vs about 13 per cent).

As the study is observational in nature, no cause can be stablished. Because the participants were all white Brazilians, the findings might not be more widely applicable to other ethnicities and nations, the researchers acknowledge.

In addition, potentially influential factors, such as a recent history of falls, physical activity levels, diet, smoking and the use of drugs that could interfere with balance, were not included.

After accounting for age, sex, and underlying conditions, an inability to stand unsupported on one leg for 10 seconds was associated with an 84 per cent heightened risk of death from any cause within the next decade.

Nevertheless, the researchers conclude that the 10 second balance test ‘provides rapid and objective feedback for the patient and health professionals regarding static balance’. The test ‘adds useful information regarding mortality risk in middle-aged and older men and women’.

Unlike aerobic fitness and muscle strength and flexibility, balance tends to be reasonably well preserved until the sixth decade of life, when it starts to wane relatively rapidly, note the researchers.

Balance assessment isn’t routinely included in health checks of middle-aged and older men and women, possibly because there isn’t any standardised test for it, and there are limited data linking it to clinical outcomes other than falls.