Rather than offering athletes with low back pain (LBP) a list of ‘what’s available’, clinicians should give guidance on evidence-based treatments instead, according to an article in the British Journal of Sports Medicine.

Written by an international team led by former elite rower Jane S Thornton, an assistant professor at the Schulich school of medicine and dentistry at Western University, Ontario, Canada, the article is based on a systematic review with a meta-analysis. 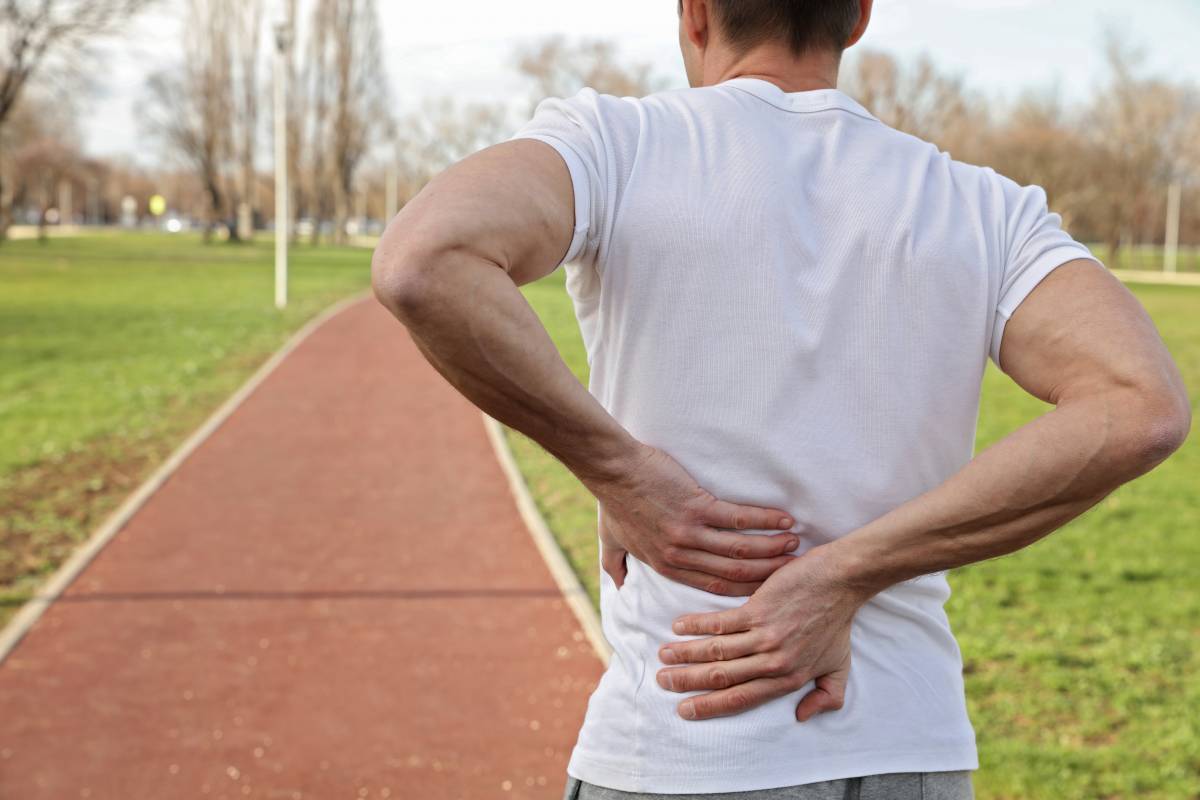 Photo Credit: Shutterstock
Lower back pain is a common problem among athletes

Dr Thornton and her colleagues portray LBP as being a common problem plaguing sport. They suggest it can have a negative impact on athletes’ performance – and even contribute to them retiring at a relatively early stage.

They paint a stark picture of what is currently available to clinicians, noting: ‘There are no evidence-based or consensus-based guidelines for treating LBP in athletes.

‘Outside of sport, clinical practice guidelines recommend education, self-management, and physical and psychological therapies for most people with LBP.’

Athletes, the authors suggest, are ‘performance-focused’ individuals who are ‘often willing to do whatever it takes, even sacrificing their health, to win’.

‘This dedication can mean athletes are vulnerable to making uninformed choices about their care and/or full symptom resolution before returning to sport may be expected.’

Athletes are performance-focused individuals who are often willing to do whatever it takes, even sacrificing their health, to win

But, the authors warn, these options are associated with ‘high costs, insufficient evidence of effectiveness and potential increase in disability’.

Their attempts to answer this question were hampered by the paucity of randomised controlled trials (RCTs) that evaluate the effectiveness of the interventions commonly used in practice. They also found:

Summarising the International Olympic Committee's (IOC) guidance on tackling pain in elite athletes, the authors say this calls for the ‘contributors to pain’ to be addressed. Clinicians are also advised by the IOC to ‘employ therapies providing maximum benefit and minimal harm’, they note.

‘However, it is unclear if current management of LBP in sport aligns with these recommendations. Understanding what constitutes best practice for managing LBP in sport will help athletes and clinicians make informed decisions.’

The key question the authors posed in undertaking their systematic review was: ‘What is the evidence for common non-pharmacological treatments for managing LBP in athletes?’ They focused on 14 relevant RCTs in their study: the first to explore evidence for all types of treatment in this area in a systematic way, they claim.

It emerged that none of the trails featured the option of advising people to remain active, along with giving education and self-management. Yet these approaches are considered first-line strategies in the treatment of LBP in the general population, the authors note.

Cognitive-behavioural therapy – also seen as first-line treatment for chronic LBP in the general population – was not mentioned or investigated. ‘Current treatment of LBP in sport does not appear to align with the recommendations outlined within the IOC Consensus statement on pain,’ the paper states.

In their conclusion, the authors note: ‘High-quality RCTs are urgently needed to determine the effectiveness of common interventions for managing LBP in athletes.

‘Until such trials are completed, management of LBP in athletes should follow recommendations from evidence-based guidelines for the general population.’

Researchers cast doubt on use of antidepressants for back pain and osteoarthritis
Read More
Physios urge medical body to tackle 'inaccurate claims' in report
Read More
Diarmuid Denneny takes the plunge to back 'creative' festival on living with persistent pain
Read More
Meet Christine, a Physiotherapy Pain Association patient rep since 2019
Read More
<< Back to News
By using our site, you acknowledge that you have read and understand our Cookie Policy and Privacy Policy.