Potential links between doing housework on a regular basis and having a better attention span – and even to being less likely to experience a fall – have been highlighted in a paper appearing in BMJ Open.

The paper was written by a Singapore-based team of researchers, and the paper’s first author is Shuen Yee Lee from the Singapore Institute of Technology. It notes that, despite reminders about the importance of keeping physically active, physical activity globally in 2016 fell below recommended weekly levels and had remained stable for a decade. People in high income countries were more than twice as likely as those in low-income countries to be ‘couch potatoes’. 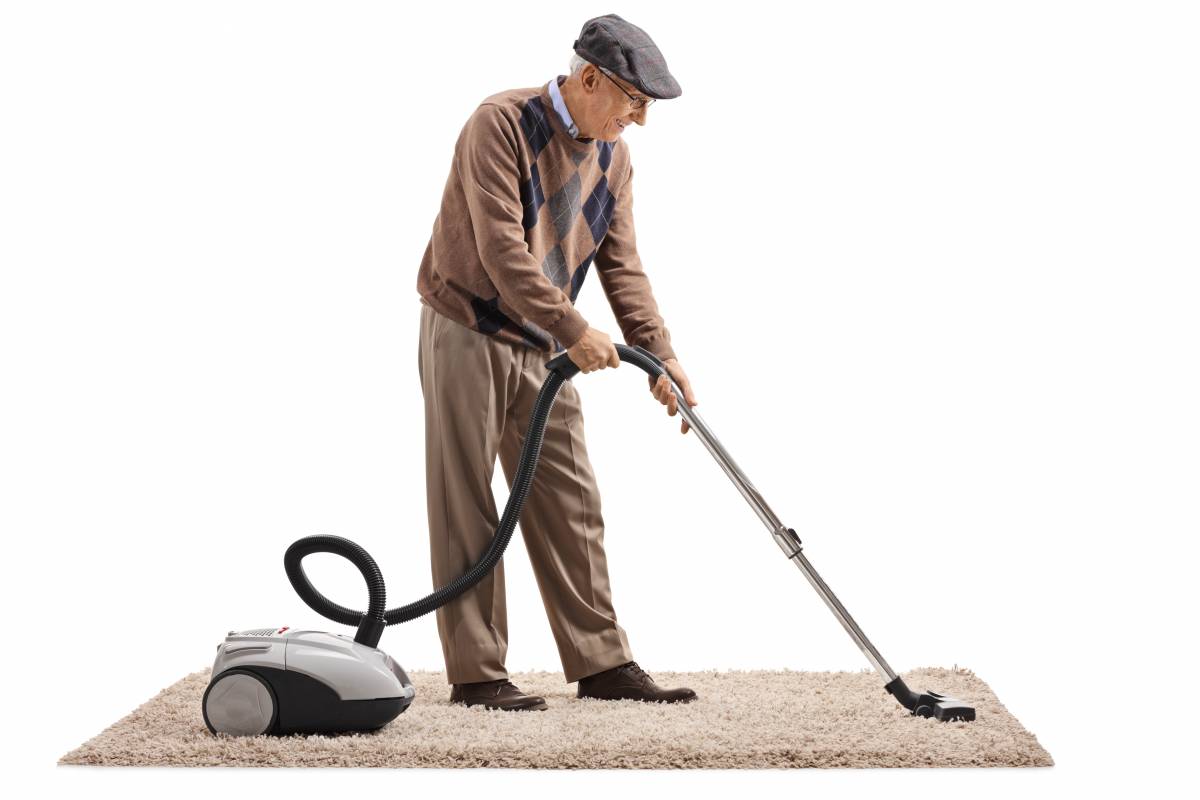 Photo Credit: Shutterstock
Activities such as vacuuming and changing the bed were deemed to be 'heavy housework'

Housework involves physical activity and is an important indicator of being able to live independently. The researchers wanted to explore whether doing household chores might contribute to healthy ageing and boost physical and mental capacity among older adults in a wealthy country. Their study focused on 489 randomly selected adults, who were living independently in a large residential town in Singapore and were able to carry out routine daily tasks.

The participants’ walking (gait) speed and sit-to-stand speed from a chair (indicative of leg strength and falls risk) was charted as a measure of their physical abilities. Validated tests were used to assess mental agility (short and delayed memory, visuospatial ability, language and attention span) and physiological factors linked to falls. The researchers asked the subjects about the intensity and frequency of regular household chores, as well as about any other types of physical activity.

Light housework tasks included washing up, dusting, making the bed, hanging out the washing, ironing, tidying up, and cooking. Heavy housework was defined as window cleaning, changing the bed, vacuuming, washing the floor, and activities such as painting and decorating.

After adjusting for other types of regular physical activity, the results showed that housework was associated with having sharper mental abilities and better physical capacity. But this result was only found among those in the older age group. Cognitive scores were 8 per cent and 5 per cent higher, respectively, in those doing high volumes of light or heavy housework compared with those in the low volume groups.

Similarly, sit-to-stand time and balance/coordination scores were 8 per cent and 23 per cent faster, respectively, in the high-volume group than they were in the low volume group.

Educational levels could be play a part

On average, those in the younger age group had five more years of education than their older counterparts. Because education level is positively associated with baseline mental agility and slower cognitive decline, this might explain the observed differences in the impact of housework between the two age groups, the researchers explain.

The authors conclude: ‘These results collectively suggest that the higher cognitive, physical and sensorimotor functions related to heavy housework activities might plausibly be associated with lower physiological fall risk among community-dwelling older adults.’

They add: ‘Incorporating [physical activity] into daily lifestyle through domestic duties (i.e. housework) has the potential to achieve higher [physical activity], which is positively associated with functional health, especially among older community-dwelling adults.’

As the study was observational in nature, the researchers acknowledge that cause cannot be established. They also note that they relied on people’s subjective reports of their physical activity levels and the volume and intensity of household chores. But they point to previous research indicating a link between aerobic exercise and improved cognitive function, so the sharper mental agility associated with housework might occur through similar mechanisms.

Fife physiotherapists present findings on grip strength study at NHS Scotland annual event
Read More
Why physical activity and social engagement are important for everyone - including superheroes
Read More
Improving older people's diets in care settings led to fewer falls and fractures, study shows
Read More
Spotting changes in motor function could lead to 'prevention and targeted interventions', says paper
Read More
<< Back to News
By using our site, you acknowledge that you have read and understand our Cookie Policy and Privacy Policy.