The growing popularity of prescribing a ‘social’ activity – such as regular exercise sessions, for example – as a treatment alternative to medication has been backed by researchers focusing on dementia.

In an online, peer-reviewed paper published today by The BMJ, an international team led by Jennifer A Watt, from the Knowledge Translation Program at the Li Ka Shing Knowledge Institute, St Michael’s Hospital, Toronto, urges doctors and other clinicians to consider adopting drug-free approaches. 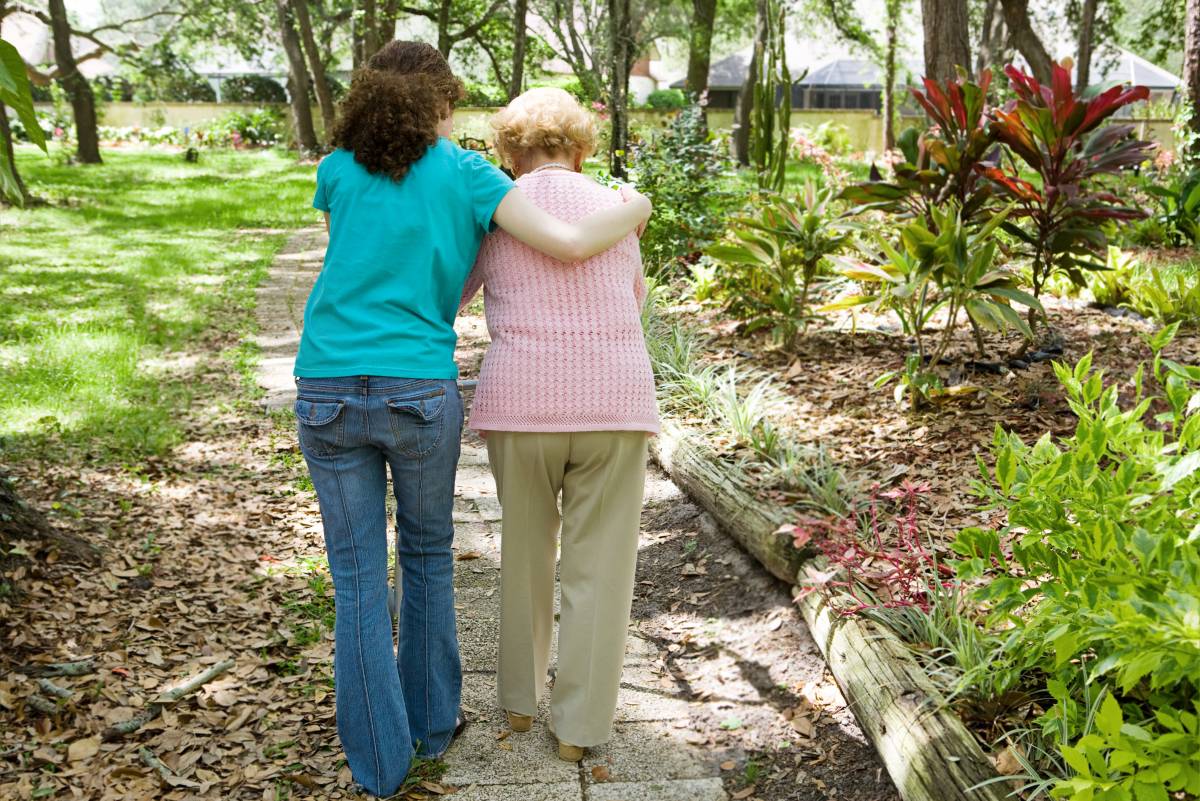 Photo Credit: Shutterstock
A woman helps her disabled grandmother take a walk (no suggestion of dementia)

The team's recommendation is likely to be particularly welcomed by physiotherapists operating in the mental health and older people’s fields, as it adds to the body of evidence linking regular exercise to the alleviation of many forms of mental distress.

Dr Watt and her colleagues argue that options such as exercise and social interaction appear to be just as – or even more – effective than drugs in reducing the symptoms of depression in people with dementia.

The research team analysed the results of more than 250 studies involving more than 28,000 people with dementia, some of whom had a major depressive disorder, while some did not.

Drug approaches alone were no more effective than usual care, the team found, while 10 interventions were linked to a greater reduction in the symptoms of depression when compared with usual care. These were

The researchers acknowledge that their study has limitations: they were, for example, unable to explore the severity of the symptoms of depression among the studies’ participants or the effects on different types of dementia. They did not, for example, examine either the potential costs or harms of implementing drug and non-drug interventions.

However, on the plus side, their systematic review included a large number of articles that used recognised clinical scales to capture individuals’ symptoms of depression.

The authors conclude that ‘non-drug approaches were associated with a meaningful reduction in symptoms of depression in people with dementia and without a diagnosis of a major depressive disorder’.

Their findings have implications for a wide range of players – patients, caregivers, clinicians and policy makers – who can help to incorporate them into everyday practice.

To download the open-access paper, titled Comparative efficacy of interventions for reducing symptoms of depression in people with dementia: systematic review and network meta-analysis, visit: https://www.bmj.com/content/372/bmj.n532

Raising suicide awareness: a UK nurse and an Australian physio tell PhysioUpdate about their work
Read More
Teach student-athletes that mental health issues are on a par with physical ones, paper suggests
Read More
Physiotherapist Brendon Stubbs oversees successful bid to improve town's mental wellbeing
Read More
Exercising reaps benefits for people with coronary heart disease who are depressed, review shows
Read More
<< Back to News
By using our site, you acknowledge that you have read and understand our Cookie Policy and Privacy Policy.