Public Health England (PHE) has unveiled the latest version of a campaign – which is called 'Stoptober' and was first launched about this time of year in 2012 – that aims to encourage smokers to give up the habit during October.

The launch of the campaign, which is being backed by leading respiratory charities such as Asthma UK, coincided with the publication of new research suggesting that many smokers increased their intake during the Covid-19 pandemic.

According to PHE, a nationwide online survey of 2,000 current smokers – the results of which were released yesterday (20 September) – found that nearly one respondent in two (45 per cent) said their habit had worsened since the start of the first lockdown.

Many of those who took part in the survey – which was conducted by Opinium among adults over 11 days at the end of August – blamed the boredom of lockdown (43 per cent) for the increase or said the pandemic had made them more anxious (42 per cent). 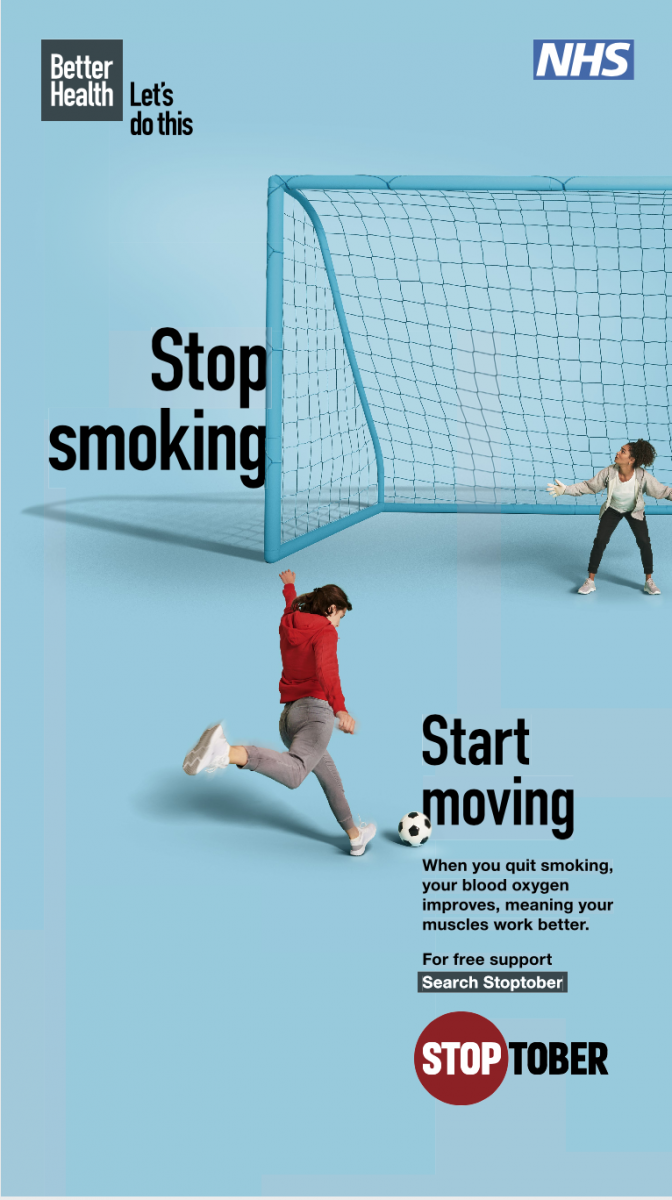 Photo Credit: Public Health England
Kicking the habit: one of the benefits of quitting is that moving becomes easier

No matter how long you have been a smoker, it is never too late to give up, and if you do already have a lung condition, then quitting is one of the best things you can do to help yourself [Eluned Hughes, Asthma UK and British Lung Foundation]

Eluned Hughes, head of health advice at Asthma UK and British Lung Foundation, said: 'Quitting smoking is one of the best things anyone can do to improve their overall health. Smoking seriously damages the lungs, putting people at greater risk of developing conditions such as chronic obstructive pulmonary disease.

'It is vital, now more than ever, that people protect their lungs by giving up this deadly habit. No matter how long you have been a smoker, it is never too late to give up, and if you do already have a lung condition, then quitting is one of the best things you can do to help yourself.'

Though more than six million people still smoke in England and it remains the main preventable cause of premature death, more than half of smokers in the Opinium survey said they wanted to give up the habit. About 2.3 million people have attempted to quit with the campaign since its launch.

More than four smokers in ten (43 per cent) cite the strength of addiction and/or craving as being the main obstacle to quitting, followed by the stress of everyday life (42 per cent). But more than half of them want to quit, and three quarters (75 per cent) regret having started smoking. Of those who want to quit, more than half (55 per cent) would like to do so to improve their physical health or to save money (52 per cent).

However, results from the monthly UCL Smoking Toolkit Study shows more people aged under-35s have started smoking since the onset of the coronavirus pandemic – up from 18 per cent in 2019 to 24 per cent. See: https://smokinginengland.info/graphs/top-line-findings