Pulmonary fibrosis: patients say they are missing out on vital rehab after Covid-19 pandemic

People with pulmonary fibrosis may be missing out on vital rehabilitation programmes as a result of Covid-19, according to the results of a survey conducted by the Pulmonary Fibrosis Trust.

The trust’s online survey – which elicited responses from 263 respondents (150 patients and 113 carers or former carers) – found that more than a third (37 per cent) reported that their pulmonary exercise and education programmes had stalled since the start of the pandemic. 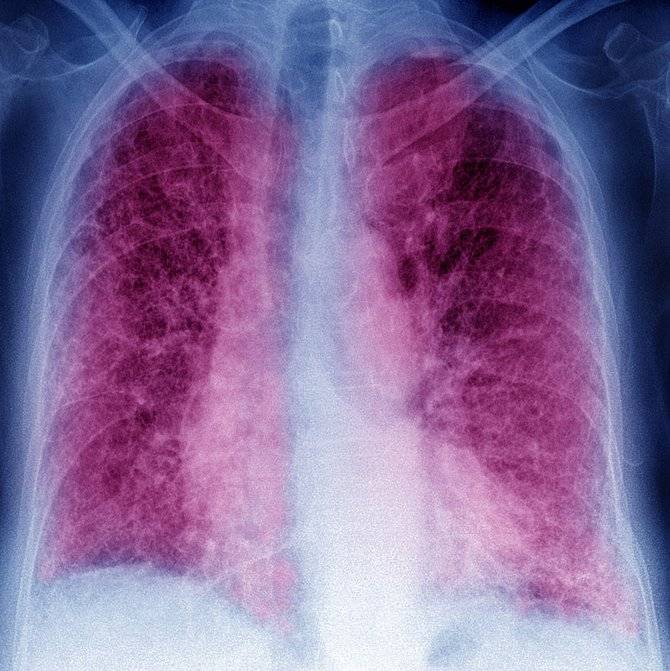 Photo Credit: Alamy
The effects of pulmonary fibrosis are shown in this image

The trust, a charity, is concerned that sessions appear to have been cut short or cancelled at a time when rises in respiratory complications as a result of Covid-19 are being predicted.

‘Pulmonary rehabilitation is an essential part of managing pulmonary fibrosis and other lung disease,’ said Kim Verry, a Wirral-based clinical specialist respiratory physiotherapist who is an adviser to the charity.

‘In some form, it may prove beneficial for people recovering from the long-term impact of Covid-19,’ she pointed out. ‘Exercise and education programmes help patients to improve management of their breathlessness and symptoms. Without it, there can be a decline in their quality of life,’ said Ms Verry.

‘While many services have shifted online, some patients can be excluded as they do not have access to the technology – or lack confidence or IT understanding.’

Around one patient in six (17.6 per cent) who took part in the survey said online or digital pulmonary rehabilitation programmes had been offered – but they were unable to access them.

Of those whose medical appointments were cancelled due to Covid-19 (83 per cent), almost half (49 per cent) claimed their condition had worsened after they missed appointments. In addition, nearly half (44 per cent) said they had safety fears about leaving home after earlier previous government shielding advice ended.

The Pulmonary Fibrosis Trust pointed out that people with pulmonary fibrosis face higher risks from lung infections and viruses, including Covid-19, than the population at large.

Nearly half (48 per cent) of the survey respondents said they waited at least six months for their condition to be diagnosed. Nearly nine in 10 (87 per cent) said they had never heard of the disease before they received a diagnosis.

A 'horrible and cruel' condition

‘The symptoms of pulmonary fibrosis and idiopathic pulmonary fibrosis (IPF), such as shortness of breath, persistent dry cough and ongoing fatigue can often be confused with other more common respiratory diseases, as well as heart failure, and this will often delay diagnosis,' said Phil Molyneaux. He is a consultant respiratory physician at Royal Brompton and Harefield NHS Trust and a clinical senior lecturer in interstitial lung disease at Imperial College London.

The Pulmonary Fibrosis Trust is calling for further education of the symptoms of pulmonary fibrosis to be made available to doctors and the general public, and also for universal access to pulmonary rehabilitation.

‘Pulmonary fibrosis is a horrible, cruel and irreversible disease with a worse prognosis than many types of cancer,’ said trust chair Peter Bryce. ‘Unfortunately, as a consequence of the current coronavirus pandemic, we could see many more people, of all ages, requiring pulmonary rehabilitation. Yet, just when people need it most, we are seeing a reduction in this type of support.’

To see a summary of the data, visit: www.pulmonaryfibrosistrust.org

It total, about 70,000 people in the UK have the condition – with more than 32,500 being affected by the more common and progressive form, IPF, which has no known cause.

Pulmonary fibrosis (and IPF) is an incurable and disabling disease in which the lungs are scarred and breathing becomes increasingly difficult. In one case in 10, there may be a family history of the condition.

'Cluttered' NHS rehabilitation gym posed infection prevention and control risks, says CQC report
Read More
Researcher shines spotlight on how physical therapists influence the design of new products
Read More
Meet Trevor Donald from SportsMed, the company that distributes AlterG treadmills in the UK
Read More
Respiratory physios issue call to services over demand for rehab from patients with long Covid
Read More
<< Back to News
By using our site, you acknowledge that you have read and understand our Cookie Policy and Privacy Policy.